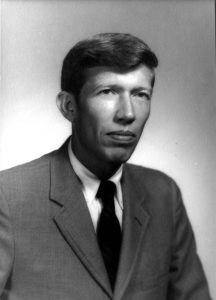 Raymond H. Dawson passed away on June 2, 2019. North Carolinians have benefited immensely from Professor Dawson’s contributions to our department, UNC, and the entire UNC System. He started his graduate work in Chapel Hill in 1955, and joined the faculty in 1960 after a brief stint at Ohio State. He was not only an award winning professor in our department, he served as the Dean of the College and then went on to become the top academic officer in the newly formed General Administration of the UNC System. In this role he helped establish the UNC System as a top tier system of public education, and worked continuously to promote desegregation in higher education.

Ray was interviewed several times for the Southern Oral History Program, most recently in 2013. You can listen to that interview here: https://dc.lib.unc.edu/cdm/compoundobject/collection/sohp/id/18950 .