Monday and Wednesday 11am-12 noon by email appointment 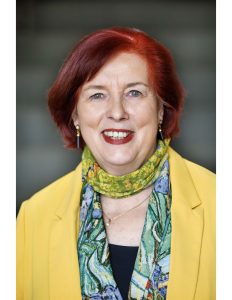 Christiane Lemke is Emerita Professor of Political Science and International Relations and former Director of the Jean Monnet European Center of Excellence at Leibniz University Hannover/Germany. She received her PhD and her second PhD (Habilitation) at the Free University Berlin. Lemke held several visiting professor positions at universities in the U.S., including the University of North Carolina at Chapel Hill (1988-1991), Harvard University (1991-92; 2001), and NYU where she was the Max Weber Chair in German and European Politics (2010-2014). She was also the first woman to be director of state parliament in Lower Saxony.

Her research focuses on German politics, European affairs, and transatlantic relations. She has published widely on regime transition, migration, populism, climate change policy and women in leadership. She is also a media expert on American politics. Her most recent publications include Germany Today. Politics and Policies in a Changing World (2018); “Right-Wing Populism and International Issues. A Case Study of the AFD” (2020; German Politics and Society), and a Monograph on the US-elections 2020 (Der Kampf um das Weiße Haus. Die US-Präsidentschaftswahl 2020 im Zeichen von Polarisierung, Corona-Pandemie und gesellschaftlichen Spannungen (2021). She is a member of the Alumni Board at Leibniz University Hannover, board member of the German Studies Association, and she is on the editorial board of German Politics and Society. Christiane Lemke is a Visiting Professor at UNC Chapel Hill in Fall 2022.